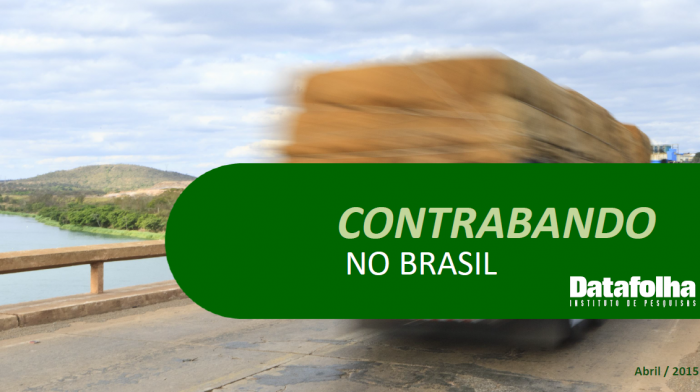 In March, ETCO sponsored a new survey by Datafolha on the perception of Brazilians in relation to smuggling. Some results confirmed what was already known: the population knows that smuggling finances organized crime, places harmful products on the market and steals taxes from areas such as health, education and public security.

A novelty was the revelation that, in this year's elections, voters must charge candidates with proposals to tackle the problem - and want tougher measures than those that have been adopted so far.

The survey showed that Brazilians consider that the country has been showing a weak response to the advance of the illegal market. For 79% of respondents, for example, the government comes to connive with organized crime in relation to the smuggled cigarette trade.

In this context, questions about what they expect from politicians running for election this year have gained prominence. No less than 86% of respondents said they would not vote for a candidate for president without determination to face the problem. Most also expect the next government and Congress to approve and adopt more vigorous measures, including more investments in border control, tougher laws and the closure of commercial establishments that sell illegal products.

The opinion also drew attention to how Brazil should treat Paraguay, the main source of products smuggled here. No less than 62% of those surveyed approved an extreme measure: closing the border between the two countries.

According to ETCO's executive president, Edson Vismona, the study showed the importance that the topic has been gaining. "At the moment when several states are going through security crises, it became clear in the research that the Brazilian wants the government to act more forcefully and will demand a firm position on the issue during the elections," he said.

The survey was carried out in 129 municipalities between the 5th and 8th of February. Datafolha heard 2.081 people over 16 years old. The margin of error is 2 percentage points. 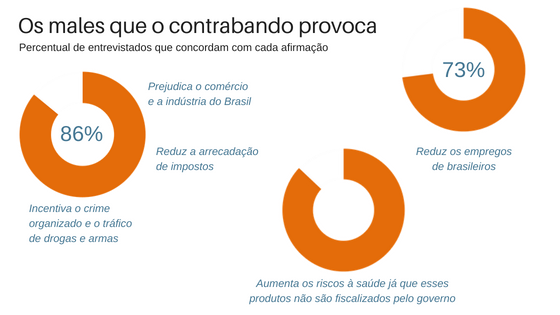 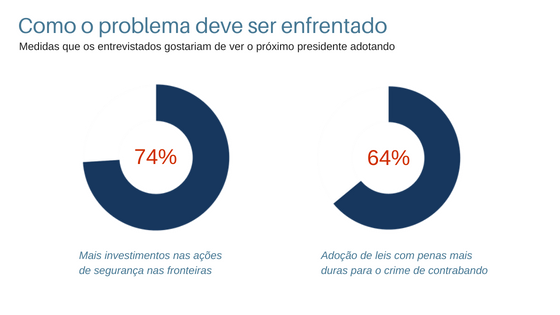 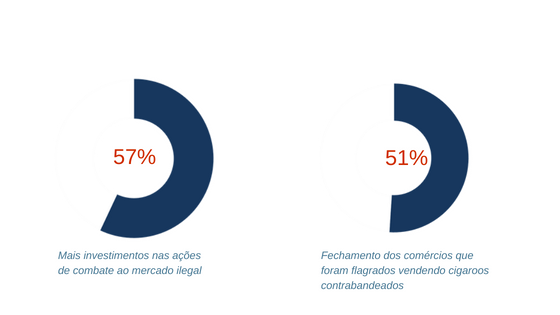