Culture of Transgressions - Scenarios of Tomorrow 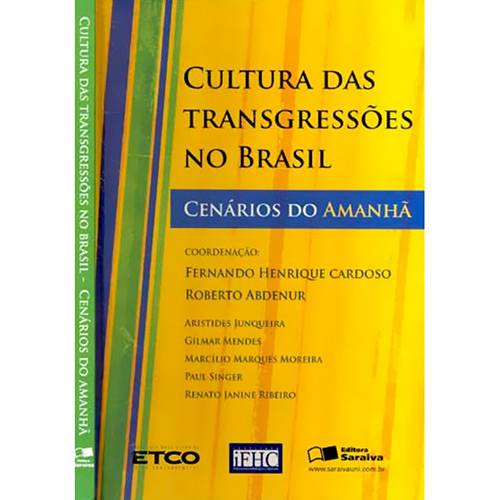 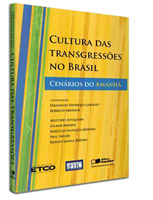 Consolidated economic stability after 17 years of the Real Plan, respect for democratic rules and the rise of class C are factors that pave the way for changing a culture that has been jamming the machine of Brazilian society since the 16th century: the culture of transgressions .

Certain that in order to rise to the most developed societies in history, it is essential that the country manages to advance within the legal environment, the Brazilian Institute of Competitive Ethics (ETCO) and the Fernando Henrique Cardoso Institute (iFHC) are determined to lead a process that makes transgression a term of the past.

“The partnership between iFHC and ETCO has been invaluable to sustain the discussion on the issue of transgression, since the innovations and transformations of society have to obey permanent guidelines regarding ethical principles. It is not because the next one disrespects ethical principles that we can do the same. It is necessary to join forces to act without transgression and to demand that our representatives in the Executive, Legislative and Judiciary branches not violate. Then, yes, we will have the tomorrow we want for Brazil. ” (Roberto Abdenur, Executive President of ETCO)

Gilmar Ferreira Mendes he is minister of the Superior Electoral Court, of which he was president between the years of 2008 and 2010. He also held the presidency of the National Council of Justice (2008/2010) and of the Superior Electoral Court (2006). He is a professor of Constitutional Law at the Faculty of Law of the University of Brasilia and the Brasiliense Institute of Public Law. Doctor of Law from the University of Münster, Germany, he is an individual member of the Venice Commission. He has dozens of published works, including “Course on Constitutional Law” (Saraiva).

Marcílio Marques Moreira, president of the ETCO Advisory Council, holds a bachelor's degree in law from the State University of Rio de Janeiro and a master's degree in political science from Georgetown University. He is an honorary member of the University Council of PUC and an effective member of the Board of Directors of the Catholic University of Petrópolis and the Fundação Getulio Vargas, among other academic and cultural institutions in Brazil and the United States. University professor since 1956, he held a series of public positions, as Brazilian ambassador to the United States and Minister of Finance.

Paul Israel Singer he is the national secretary of Solidarity Economy at the Ministry of Labor and Employment and a full professor at the Faculty of Economics, Administration and Accounting at the University of São Paulo. He was São Paulo's Municipal Planning Secretary (1989-1992). He is the author of “Learning the economy”, “Brazil in crisis - dangers and opportunities”, “Political economy of urbanization”, “Globalization and unemployment”, “What is the economy” and “To understand the financial world”, and author of “The solidarity economy in Brazil”, all by Editora Contexto.

Renato Janine Ribeiro Current Minister of Education, he is a professor of Ethics and Political Philosophy at the University of São Paulo, where he also received his doctorate, after defending his master's degree at Sorbonne. Among others, he published the following books: “The society against the social: the high cost of public life in Brazil” (Companhia das Letras, 2000, Jabuti Award) and “The last reason of the kings” (Companhia das letras, 2002) and “For a new policy” (Ateliê Editorial, 2003). He was director of evaluation at Capes (2004-2008), as well as visiting professor at Columbia University.

God and the castaways in the country of transgression

Will Brazil ever be able to overcome corruption, tax evasion, piracy, and other such tricks? Anthropologist Roberto DaMatta addressed this issue very well

The publication summarizes the ETCO 10 + 10 Debate Cycle, held in 2013 to commemorate the Institute's 10th anniversary

Corruption as an obstacle to development

Work was built from the compilation of lectures presented at the seminar "The Impact of Corruption on Development", conducted by ETCO

André Franco Montoro Filho covers subjects such as competitive ethics, the role of law, deviations from corruption and dissatisfaction with purely legislative solutions.

A world, between good and bad transgressions

Read the review of the book "Culture of Transgressions - Scenarios of Tomorrow", published in the newspaper Valor Econômico.

Third book of the Culture of Transgressions series released

Culture of Transgressions in Brazil: Views of the Present

Was there really a "moral crisis" that we should be concerned with? Or is it just a distorted perception, a product of our difficulty in identifying and understanding the formation of